I told Victoria earlier this week that I thought I had some mauve in my stash, and would play this weekend. So, this morning, I started going through my shelves and found two fat quarters. 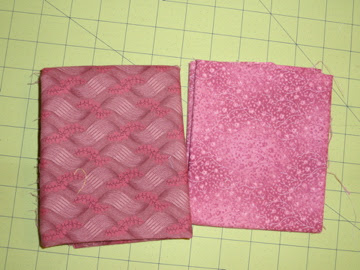 The one on the right was initially the one I chose for this challenge, but the more I looked at it, the more it appeared to be too pink.  So I went with the one on the left.

I started trying to match it up with other fabrics. 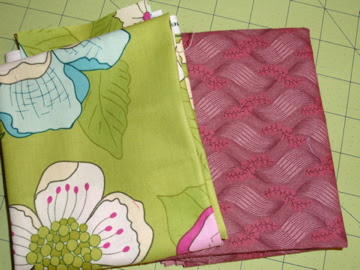 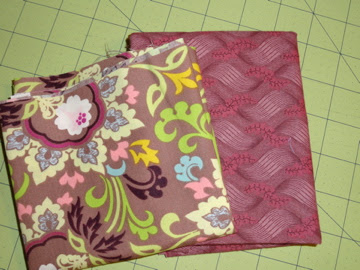 My next choice was this one.  I almost used it. 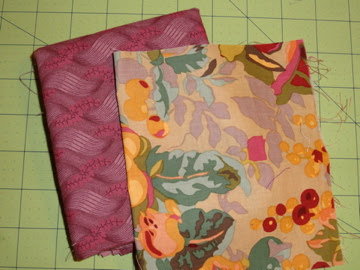 But when I saw this one - I was smitten.  Who would have thought that mauve would play so well with orange?  This fabric was in a bag of large scraps that were mostly Kaffe Fassett, so it might be one of his. I'm not sure. 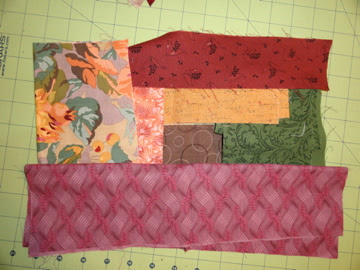 After digging around in a couple baskets and boxes, I found these fabrics that I felt would go with that multi-colored piece.


One of my current projects is bright, multicolored stars on white - so I decided to "make" some fabric with the above scraps, and use the mauve as the points for a Sawtooth Star. 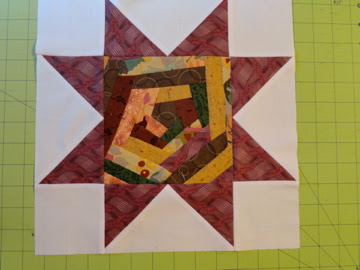 I thought this star turned out quite nice!  This challenge will be fun - and I'll end up with some great star blocks for my collection.
Posted by Cyndi at 6:27 PM

Your star is wonderful. I really like the fabrics you chose for the made fabric, especially the one with the oranges.

who knew what Mauve would like to play with.. not me for sure!! good job on the challenge... be sure to listen to my interview with Victoria today on my radio show! or grab the recording when it's done

I agree that orange plays well with your mauve, but I never would have thought to try. Good choice!

I love your block!! Super job - everything blends perfectly. Deb