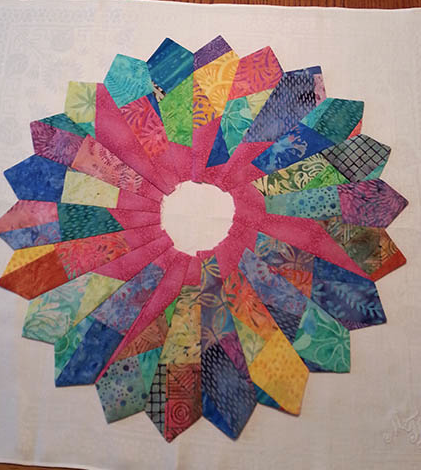 This was a Mimi's work from the class I taught  at IQSCM" QUILT HOUSE" in Lincoln, NE, a d week ago...
Mimi sent me a few emails on her progress that I thought was fun to share...

Last week:
Yesterday I attached all my dresdens and as I did, I remembered what you said about conjuring up happy memories from the past.  My dresden looked just like something my  Gammy would have had in her china.  She was an amazing seamstress but only did fine sewing: embroidery, smocked dresses for me etc.  So I knew I wanted my dresden to connect to Gammy.  So I searched through my basement and found 12 damask napkins that Gammy had monogrammed for her mother-in-law, my great grandmother, “Gee Gee.”  While they are around 100 years old, they have been cared for well and when I used to put on the dog for family and in-laws, I would use these napkins when I entertained, washing them immediately and ironing them and putting them away carefully.  It just so happens that I am Gee Gee’s namesake so  her monogram is MY monogram! 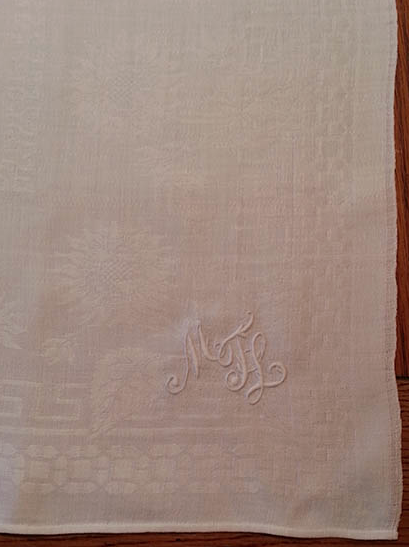 I found these napkins, set aside the few with worn holes etc and found several that didn’t have any problems and realized I was going to put my dresden on one!  I love how the outer points look, so I am not going to sew them down, instead, I am going to make radiating quilting out from the center, stitch in the ditch, avoiding the corner monogram.  Then I think I’m going to cut a monogram from another napkin and put it in the center with tiny piping of yellow around it.  At least that’s what I was planning in the middle of the night! Heh heh  (No one in my family entertains like this anymore so I don’t mind cutting up some of them, to give them renewed life in a different way.) 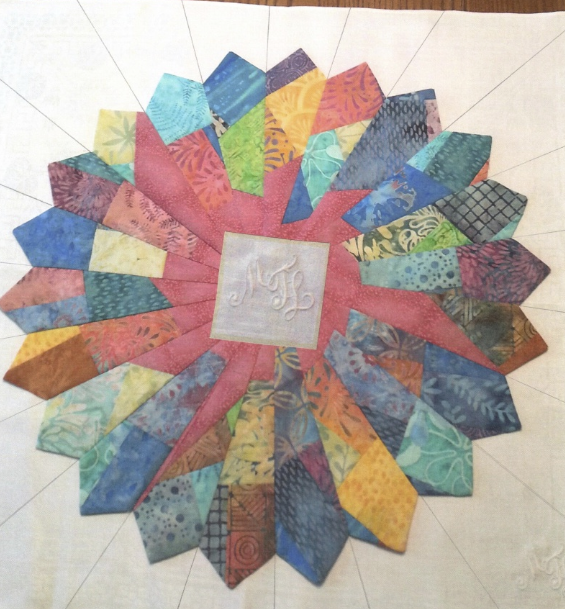 So while I love to do close quilting,  I plan to do stitch in the ditch and many not so much quilting.

The center monogram isn’t scaled and you can’t see the yellow much, but do you think appliquéing it to the center would be a good way to go.

Thanks again for the techniques you taught but also the idea that quilters can gain much joy from connecting themselves to family members from the past who deserve a type of resurrection! 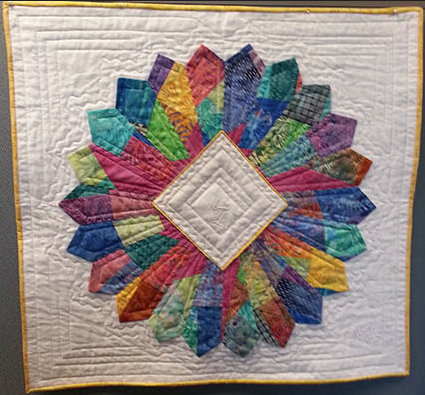 Follow up:
This weekend I finished my “Three Grandmothers” wall hanging.  I am happy how it turned out and think your recommendation of yellow for the piping/border was right on!  I am pleased to give my great grandmother’s damask napkin new light, especially since my grandmother hand embroidered our monogram on it to give to GeeGee as a gift.  I figure they are about 70 years old.  I cut up a second napkin for the monogram square in the center.  The yellow piping/binding is fabric that has all the different names for grandmothers.

Thanks for the inspiration and the encouragement to look back to the women who came before me.  As I sewed, I thought of them and how fascinating it would be if this napkin could talk! 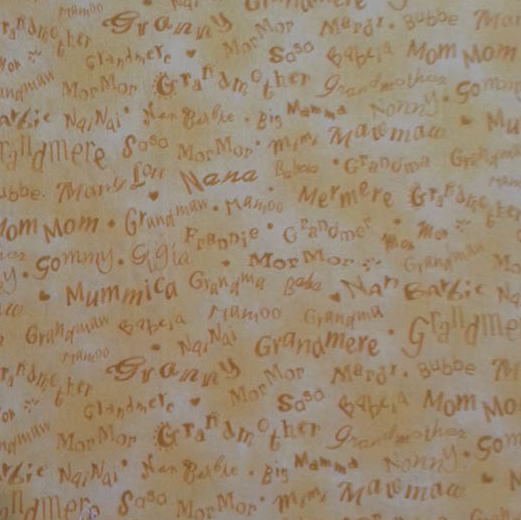 Thank you for sharing your journey Mimi! I love the thoughts that went into making your wallhanging!  Well done! It's a beautiful, heartfelt and special project!

If you get a chance to go to QUILT HOUSE, please see my Traditions Made Modern Exhibit of Double Wedding Rings! 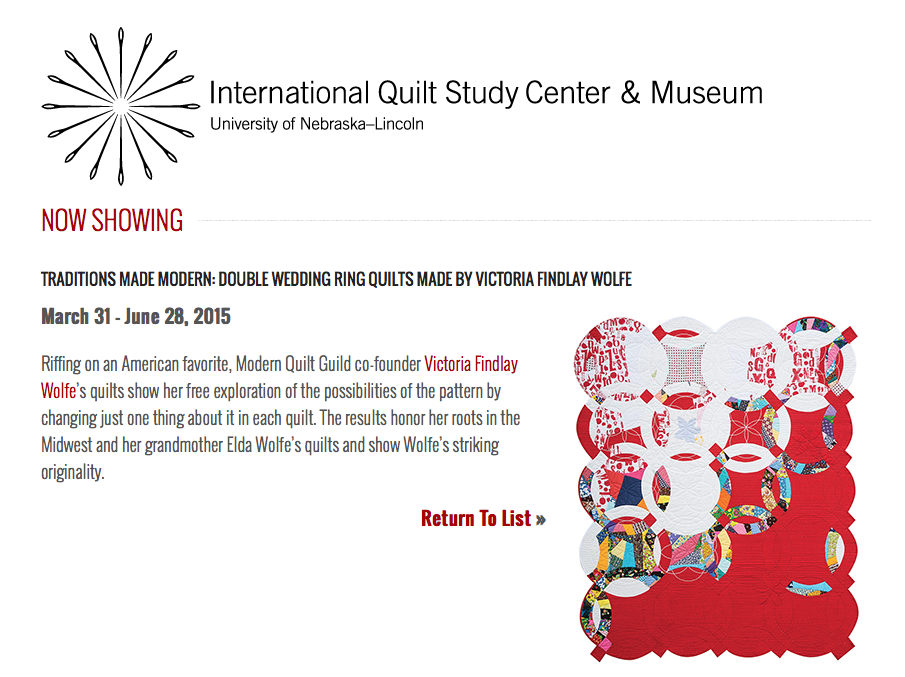 Posted by Victoria Findlay Wolfe at 5:07 AM

This is a real work of (he)art!!! It is strikingly beautiful...and I got chills when I read about the process. Bravo, Mimi!!!!

What a great use of timeless treasures.

That is fantastic!!! so glad to see this through the process. I am feeling guilty as my project is still where I left it. WTG Mimi! Thanks for posting Victoria!

What a super idea. I love how Mimi has used the old
napkins with so many memories swirling around.

Wonderful use of the beautiful old napkins which most likely never would've been used again otherwise. A beautiful rescue!