Rust or Bust! and - Who knew, I LOVE tomato red! 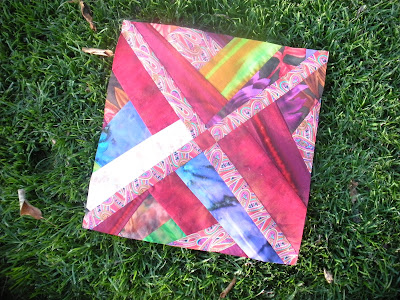 Lovely Liberty - I had just enough of the paisley for the "X" - I had LOTS of rust fabrics, from back in the day...but ended up mixing them with other colors - for example pink, which was a surprise. (I promise these are rust tones - even though they appear purplish in this photo.) 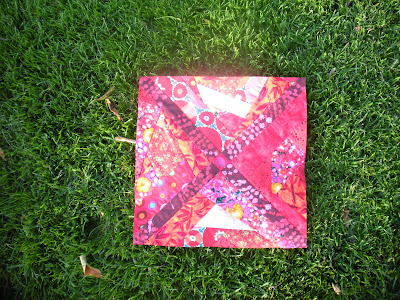 Juicy ripe tomato block - I also had lots of reds - mostly because I don't use them very much! But after the success of this block, I see more red in my future! 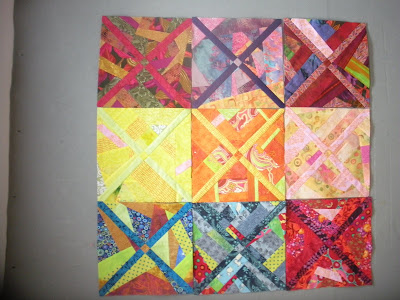 First 9 blocks, posing for a portrait. Say cheese!
Posted by Chris at 6:46 PM

Great block! I LOVE all of the blocks together--what a graphic punch of color!

Wow. Who needs prozac with these blocks around. Love it.

Love your block design.....its so colorful all together.

They all look happy together!

very nice. I am loving your design. and they all play so nice together....

Perfect portrait, Chris! Each block has a personality of its own, but all look great together. (I share your passion for Liberty fabrics. Wanna do a swap?)

Your blocks look fantastic together!