Following on from here, to get a start of an idea for a design, I cut out some pieces of low-value fabric and arranged them like this. 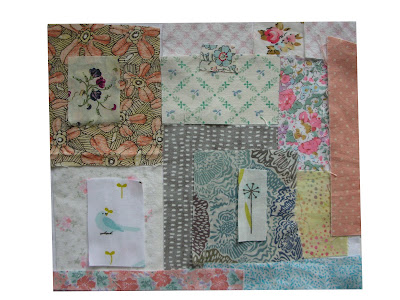 Not very good.  So taking this further, had the idea of a long horizontal piece, like the wall of an art gallery, like this.

I quite liked this layout and made some "pictures" like these. 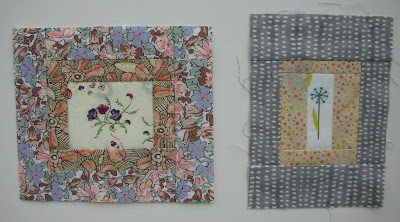 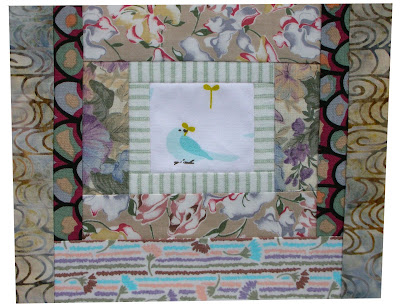 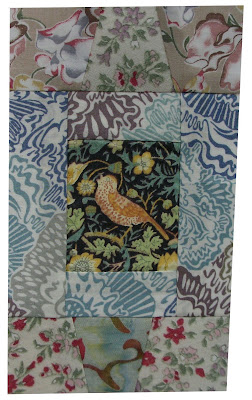 When I sewed them together, with some made fabric between, the result was so drab and boring I'm not even going to show you it.

Two weeks later.
I tried the old trick of putting all my scraps into a large bag (scraps are anything less than three inches square, anything else is fabric) and pulled out one piece randomly at a time.  If it was low-value it got sewn to the previous piece, if it wasn't it got rejected.  I made a few blocks, which somehow gradually got brighter and brighter. 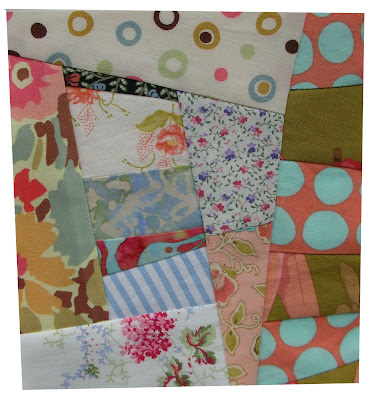 So I made some little 15-minute squares, found some nice jolly fabrics with white and lights and made this. 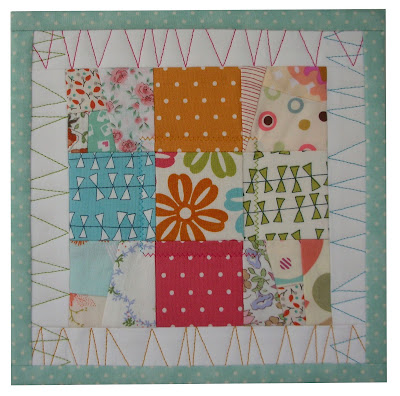 Kingsizers might laugh, but it's going to be used, it has pretty colours, it doesn't take up much room in my minimalist house and I enjoyed making it.  And it's low-value......isn't it?
Posted by sheila 77 at 7:56 AM

Thanks for showing your experiments. I'm having trouble getting started on this challenge because everything looks so drab. Maybe I'm not cut out to be a low value quilter! I love your little pictures with the birds and flowers framed and especially that 15 minute 9 patch. This may give me a jumping off place.

Yes low value. Like the play of the positive and negative kite tales.
You seemed to enjoy your journey and that's why we quilt isn't it?
Great journey.

I absolutly love the little pictures you created. Have you thought about connecting them with something with darker values? I think that would really make each one stand out and it would be a stunning piece. The little piece you ended up with is very cute. I love making small quilts. I find them to be very satisfying, and I can experiment to my heart's content.

I love all your little pictures! Try sashing them with one darker solid and I think they would look nice together

I love it and you're right on all counts. Small, beautiful, useful and as far as I know...low value. I love your definition of fabric...and scraps. LOL.

Personally I like your first arrangement. And I love your gallery style arrangement too! Very inspirational to me. And your final result, the small quilt...SO perfect!